I have heard a lot of great things from up North — the pristine beaches, massive churches which hold great historical value, bizarre landforms and interesting stories. That’s why last summer I did not hold back to grab the opportunity in exploring Ilocos Norte. [FILM for this roll: Fujicolor 100]

We departed Manila last Sunday, 10PM from Farinas Station beside UST. Jay’s mom was with us since she will attend her high school reunion that week, so we decided to tag along. It took us approximately 9 hours to reach Laoag City, and arrived at Bacarra (where Jay’s auntie resides), where we will spend the rest of the 4 days in Ilocos. We left the house after lunch, and decided to explore the historic city of Laoag. We don’t have cars or anything to use as means of transportation so we have to double our efforts in finding ways to reach our destination.

The tobacco monument on foreground and the Sinking Bell Tower of Laoag in background–the largest bell tower in the country which sinks an inch per year. It is one of the first things you may spot upon entering the city proper. This massive 45-meter bell tower is said to be built by the Agustinians. It has earned its “sinking” reputation because it is so heavy and it was build on sandy foundations that it has consistently sunk into the ground.

The next stop that afternoon is Fort Ilocandia. We really have no idea where it is located so we asked a tricycle driver to bring us there. Unfortunately, Ilocos is a native speaking province and you might want to learn a few Ilokano words to cope up with them.

We had a hard time talking to Manong (Kuya in Ilokano) because we thought he misunderstood what I said. “Fort Ilocandia po manong” but we went to the way where the “Airport” was. Fort Ilocandia po, hindi Airfort. Fortunately, he understood what I said earlier, we were just paranoid until we reached the destination, in which we never thought was that close to the beach.

After that we went back and asked for directions on where to ride a jeepney back to Laoag city. It was getting late already and we should be home before the sun sets, else we won’t be able to catch any public transportation. 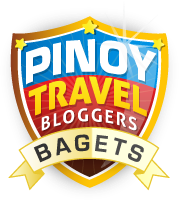